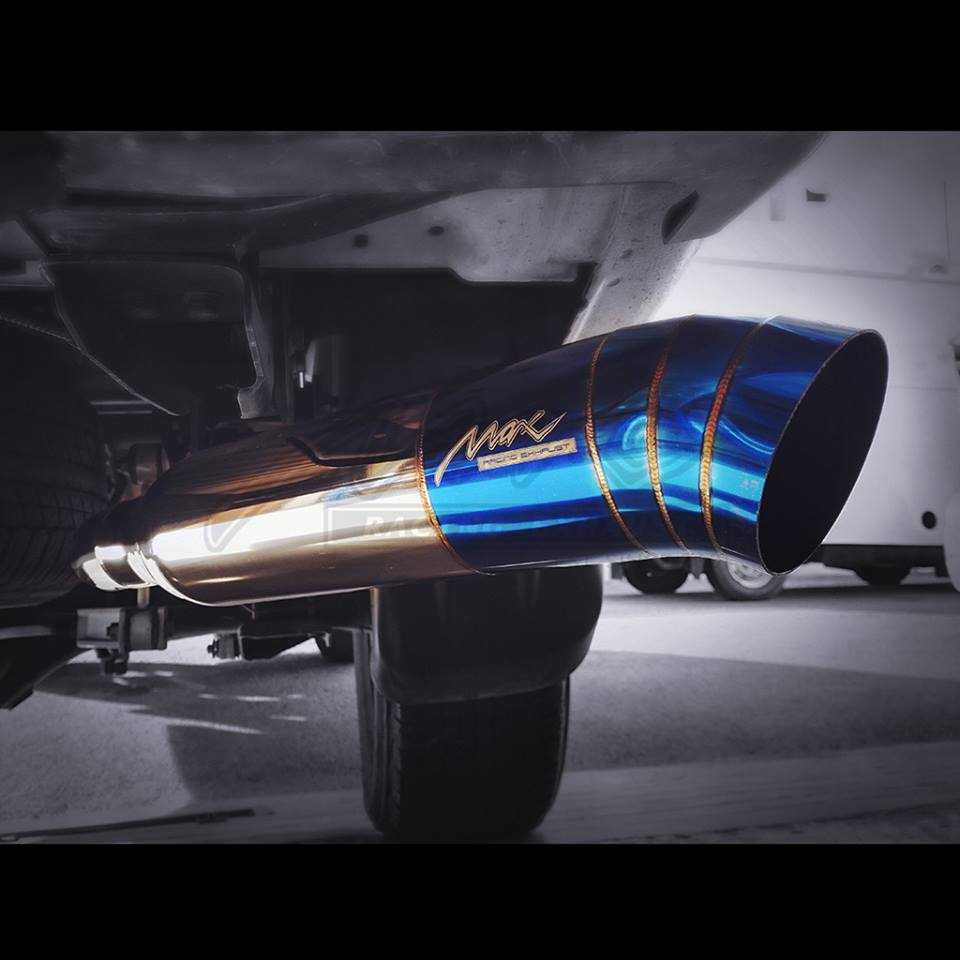 There are a lot of users who aware of changing exhaust system will lost their vehicles stock performance and become too aggressive, noisy or cause a lot of issue to happened on their engine. Those are just questions that comes up randomly from your mind for those how have no idea what exhaust system is. Let’s us tell you more about what is exhaust system before you think of problem after modification. Let’s us change the concept of how you think of exhaust after you finish reading our articles 😉

A performance exhaust system is a characterising element for any internal combustion conveyance. Defining the acoustic profile and influencing the power-band — exhaust design is a more dynamic science than stringing together a few pipes and tacking on some mufflers. The exhaust system of a car is one of the most commonly modified areas when a gear-head gets ahold of their ride.

We are all seeking that right sound that announces itself like a fight song for our preferred automotive demographic, and those seeking the utmost performance require tuned lengths and forms to achieve the desired power delivery.

Many misconceptions exist surrounding how exhaust systems are tuned and what terms like back-pressure and scavenging really mean for performance. Hopefully with this reference you will be better equipped to devise what your specific exhaust system needs are and how to reach that destination.

An exhaust system is worth more than the sum of it’s parts, and each component has to be tailored to work with the next part down stream, and so on. Starting at the cylinder head — we don’t normally think of the actual exhaust port in the head as a part of the exhaust system — but nonetheless this is where it all begins. Understanding a little about cylinder head intake and exhaust runner design will help visualise what is going on after the burnt gasses leave the engine.

Runners are designed to promote unrestricted flow, while encouraging high velocities. This is the reason porting must be done with care so as not to disrupt the engineered fluid dynamics of the head. When the exhaust valve opens the expanding hot gasses rush out of the exhaust port backed by the upstroke of the piston. In OEM applications this generally means a bank of cylinders dump collectively into an exhaust manifold.

The second part comes to the exhaust resonator, the purpose of a resonator is to cancel out a certain range of sound frequencies. Without getting too scientific, sound is simply a pressure wave emitted at a certain frequency. Like waves in the ocean, sound waves have certain amplitudes (comparable to overall size), a crest and a trough. At the beach, when the crest of a wave meets the trough of wave of the same size, the two waves actually cancel each other out and there will no longer be any wave. The exact same principle applies to sounds waves. If you have two sound waves of the same size and frequency meet crest-to-trough, they too will cancel.

What benefits does a right resonator bring for your car??

What sound does a resonator designed to cancel? The sound to be cancel are selected by automotive sound engineer will choose a range that is not pleasant to hear and build the resonator to eliminate that frequency. Noises that are cancelled are harsh noises or ranges where the exhaust note produced would be a loud drone or irritating buzz.

Then it come to exhaust muffler, the purpose of using a exhaust muffler for automobile engine is to reduce the sounds of the engine to an appropriate and acoustically pleasing level. Mufflers are engineered with multiple chambers that expand exhaust gases as they pass through. These chambers feature perforated tubes or baffles – maybe even both. Exhaust passes through these perforated holes and baffles, resulting in expansion. As the gas expands, its pressure lessens, and consequently so does the sound level. Furthermore, OEM mufflers are often packed or lined with materials (such as fibreglass) as a soundproofing measure to further absorb the sound inside the muffler and emit less ambient noise. The baffling also increases engine back pressure by decreasing how fast the exhaust gases leave the system. Excessive back pressure can hamper performance.

What benefit does the muffler bring for your vehicles?

Why people change their OEM exhaust to Aftermarket performance exhaust?

Exhaust manifolds are generally the first line of disappointment when it comes to exhaust routing. Because the cast construction has been designed for ease of production, they are generally heavy, and do not offer desirable mingling of the exhaust pulses. Though some manufacturers have improved on the unequal length manifold, they are often discarded in favor of aftermarket solutions.

The most ubiquitous of which is the “header” — the term headers really refers to the first tubular exhaust manifolds that allow exhaust evacuation from the engine. These tubes are known in the exhaust industry as primaries because they are generally followed by subsequent tubes of varying size.

The factory/stock mufflers are usually made to sound good, but are restricted by efficiency concerns, ease and cost of manufacturing, and of course sound level laws. For many enthusiasts, the stock mufflers are too conservative.

The last to look at is a combination of the two between resonator and muffler. So what exactly happens when a muffler is mated with a resonator? Well, it’s actually pretty simple. You will have the characteristics of each device. Certain unpleasant ranges will be totally eliminated, and the overall note out of the tail pipes will be hushed. Truth be told, most modern mufflers utilize this combination design. At first it was prevalent amongst luxury vehicles, but now it is pretty much considered an industry standard.

Previous article
How to register your product warranty?
Next article
Increase up to 15hp for Myvi?!
Leave a Reply Cancel reply

This site uses Akismet to reduce spam. Learn how your comment data is processed.